Total products:
Do you have a discount coupon?
Total payment
Confirm order
Continue buying
15 days to exchange or return your purchase after the delivery
Your transaction is secure. We use the latest technology to protect your security and maintain your privacy.
Log In
Forgot your password?
o
Create an account
Fire displacement due to climate change vft: What is the relationship between Copernicus and the Fire Emergency Bodies?

MP: Copernicus provides constant land, ocean, atmosphere and climate data. We have an 18 years dataset on wildfires which is consistent on itself. The interactions with the emergency management services are several. We have a project called Aristotel 2 that uses satellite information to monitor fire activity and provides fire danger forecast. We also monitor the air quality; we estimate emissions and emit predictions on how fires might change.

One of the challenges with this data is that, the current estimated system is one day behind real time, and it only runs two times per day, so, it is not necessarily the most useful information for planning fire management or firefighting, but it gives us a context of how unusual fires have been in a particular country or region. It is retrospective analyze more than a forward planning. We are developing a new system that will be more frequently updated, within a few hours of real time. Another improvement that we are making is the addition of two new satellites, currently on trial, that can monitor smaller fires that we are not able to detect on the actual ones. We are not yet at the point of self adressing. vft: What data allow us to categorize a great wildfire as an extreme event?

MP: We don't have data based on wether ignitions are caused naturally or by the act of men, but we do know that when we have particular weather conditions, state of vegetation and a lack of moister there will be fires. The limit of what our wildfire forecast determines as a very high risk of mega fires is the power, in terms of intensity, the speed, the number of acres burned and the capacity to change the atmosphere and create their own weather.

WMO are working on early warning systems for fire, mainly in the tropics, they started on a project based in Indonesia. It predicts if a year will be bad in terms of fires in a particular region. Fire seasonal forecast, regional scale, number of fires and the resultive smoke. Also the information provided on the ground. Modeling the emissions and observing the smoke and particles on them. vft: Have you noticed changes on wildfire activity over the last years in Europe?

MP: Indeed. What we have observed is that, for southern Europe; Spain, Portugal, Italy, and even across Grece, it seems to be a declining trend in wildfire activity. They are becoming isolated incidents, yet very intense and deadly. When they occur, generally they become a sever phenomena. But overall. Last year was particularly low.

Two years ago the northen Europe had much more incidents of wildfires and it was triggered by, particularly on Scandinavia, very anomanosly warm and dry conditions. So we had big fires on Sweeden and even in Norwey. And actually the total estimation emissions value for that year in Northen Europe was almost quite close to the total estimations in Southern Europe, which had a much quite year.

The historical fire danger dataset contains the ‘Fire Weather Index’, which is based on weather variables such as temperature, precipitation, wind speed and relative humidity.

Almost all years since 2000 show above-average fire danger in both southern and northern Europe, with a number of associated disastrous events in the recent past, such as Pedrógão Grande (Portugal) in 2017 and the Scandinavian fire season in 2018.

vft: What about the UK?

MP: There has been a large number of ignitions this year. The current software that we are using cannot detect small fires and even big fire events cannot be spotted sometimes if they occur in cloudy areas. Nevertheless, we deffinitively had some large moorland fires that we could see on Sentinel 2. We were also able to see some dispersional smoke over, a few days after they had been burning.

Last year we saw quite numbered fires in Scotland. In terms of evolution: particularly in the south and east of England there could be an increased risk with warmer and dryer climate. In places where fires are not common, the climate change is creating a situation where there could be ignitions.

Wildfires are a natural part of many ecosystems, but the frequency at which they occur will affect how quickly the ecosystem can recover. The rainy weather in the UK helps the vegetation's growing, so repercussions on wildfires are not concerning for the moment but things could change. vft: Could you give us some data about the emissions?

MP: With large fires, the smoke can rise many kilometres into the stratosphere and spread across entire regions, causing air pollution in areas far away from where the flames actually were. Globally, wildfire smoke is estimated to cause over 339,000 premature deaths a year. Blazes in the Arctic in June set a new record in carbon emissions in 18 years of monitoring. Arctic wildfires have already emitted 35 per cent more carbon dioxide this year than the entire of 2019. According to data provided by our atmosphere monitoring service, up to 24 August, 245 megatonnes of CO2 has been released from wildfires this year, whereas the figure for the whole of last year was 181 megatonnes.

vft: What is happening in Siberia?

MP: What has been happening in Siberia is quite similar to what we saw in 2019, and that was very unusual. We saw great wildfires across the Artic Circle and we observe that they corresponded very strongly with climate anomalies of soil moisture. The ground is much dryer, there are warmer surface conditions and fires are burning vegetation which is very dry and can burn at quite fast rate and spread over a huge area. This year we have seen a continuation of this pattern. But in July it was much worst, with a heat wave going on, and no resources or means of extinguishing, so fires could burn for a long time. Last year we saw them burn from the second week of June until quite late in August. This year they also started on the second week of June and as we head into September wildfires continue to rage in the Arctic. The fires are burning Tundra as well as the Taiga (boreal forest). This is important because fires in Tundra are less frequent than fires in the boreal forest and may have resulted as a consequence of melting Permafrost.

The Arctic as a whole has been warming substantially faster than the rest of the world. Siberia is accustomed to temperature extremes, as it experiences the largest seasonal temperature change anywhere on the planet. The average maximum temperature change there is just over 60°C, from around -40°C in January to around 20°C in July, at latitudes close to 60°N. This region is thus experiencing a clear warming trend that spans several decades, and is also subjected to large variations in temperatures.

On May, the Copernicus Climate Change Service (C3S*) reported an unusual winter and spring in western Siberia, with higher-than-average surface air temperatures throughout the period; up to 10°C higher. The maximum temperature estimated by ERA5 was also exceptional; on the 20th of June, it saw its highest ever temperature in the Arctic, at 37°C. vft: What are the effects and the pronostics?

MP: The huge bubble of warm air that parked over Siberia has remained remarkably stationary over northern Russia,  meaning Canada's Arctic has largely been spared the soaring temperatures. But in Russia, the heat wave is altering the landscape with severe implications. In late May, extreme heat may have thawed the permafrost at an industrial site near the Arctic city of Norilsk causing what some critics are calling one of Russia's worst ever environmental disasters. More than 20 million tones of diesel fuel escaped from a containment area and turned the water in a nearby river a deep shade of red, prompting President Vladimir Putin to declare a state of emergency. 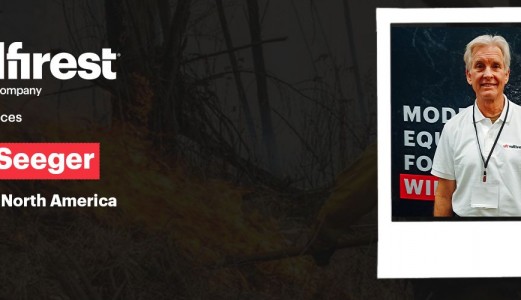