Total products:
Do you have a discount coupon?
Total payment
Confirm order
Continue buying
15 days to exchange or return your purchase after the delivery
Your transaction is secure. We use the latest technology to protect your security and maintain your privacy.
Log In
Forgot your password?
o
Create an account
Heatwaves, droughts, and fires, we leave behind an atypical winter

The beginning of the year 2020 has been characterized by an increase in temperatures throughout the planet, both on land and ocean surfaces. Warming that has registered record figures in each continent, without exception.

During the months of December to February, the northern hemisphere recorded the highest temperatures of the last 141 years in the winter season.

On a smaller scale, North America had its warmest 16th January in the past 111 years, the United Kingdom, the 6th since records began in 1884. Finland the second since 1925. Temperatures in Russia were 5ºC above average, making it the second hottest January since the beginning of records. These anomalies continued to occur throughout the month of February throughout the world. Even in Antarctica, where for the first time in history it reached 18ºC at the Esperanza Base. In the Caribbean, a maximum of 30ºC was reached.

Overall, most countries in Europe experienced their second hottest February, only behind the winter of 1990, with some breaking record temperatures. This is the case of Spain, which witnessed the highest temperatures since the beginning of the records in 1965, 4ºC above the average. This paradigm shift has obvious consequences on fauna and flora, which is preparing for a scenario that favors the advance of the fire season and its rapid spread due to fuel availability. Thus, on February 14, the first fire occurred in Corsica, which, fueled by winds of 219 kilometers per hour (according to information from the Météo France service), forced the confinement of more than 200 people and devastated 4,600 hectares. 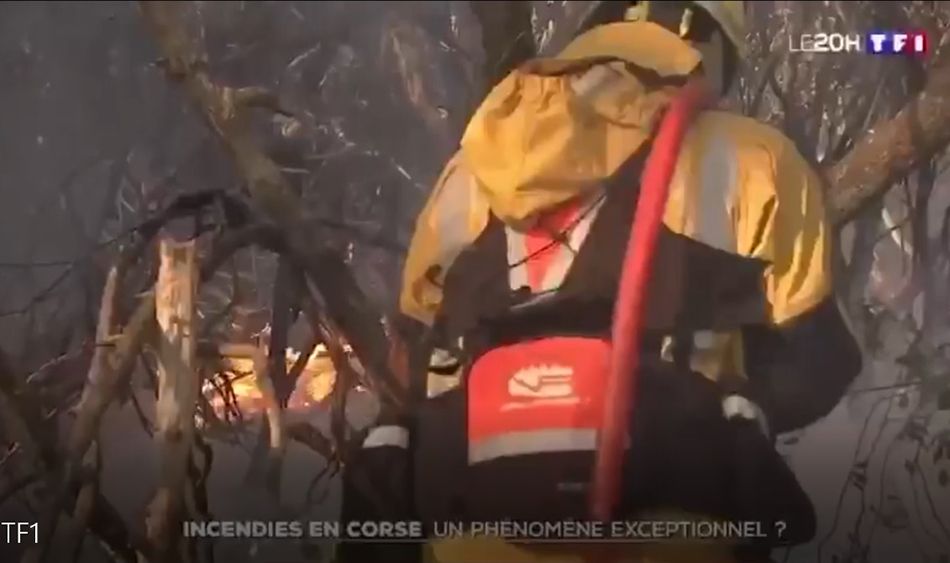 On February 20 there was another fire in the Canary Islands, with a range of 300 hectares. And more recently, in mid-March, a forest fire devastated the Los Guájares region, in Granada, calcining 140 hectares and challenging the emergency services, already overloaded by the Coronavirus crisis.

Climatic anomalies and their impact on flora have not only occurred in the northern hemisphere. In January, the forest management authorities in Chile warned of a change of color in the vegetation of the protected area of La Campana; the reddish foliage of the trees, seen in satellite images, confirmed that the vegetation had crossed the threshold between normal behavior and that of mega-drought. Chile began to dry in June, especially the evergreen sclerophyllous forest and the scrub, but in January the aridity worsened, presenting irregularities also in the deciduous forest, affected by water stress.

Australia had its warmest 10th February, a situation that made extinguishing tasks difficult for what was one of the worst fire seasons in its history. These anomalies, combined with strong winds, acted as great accelerators and disruptors of ecosystems. A lethal combination that affected the dry landscapes of Australia, where the risk of large forest fires has increased significantly in recent years. The sub-Saharan African region burned for long stretches, due to multiple simultaneous fires caused mainly by the mining sector, extensive agriculture or the expansion of the road network. It represented, according to the European Space Agency, at the beginning of the year, 70% of the burned area worldwide. Global Forest Watch Fires clearly states that in the area from South Sudan to West Africa, fires are becoming more frequent. Deforestation, climate change and the risk of forest fires are interconnected phenomena. Fires constantly emit greenhouse gases into the atmosphere, which in turn contribute to rising temperatures and regeneration of the fire cycle. Greenpeace said that around 8 billions tons of CO2 are arising from fires each year.

Climate change is altering weather stations. Winters are getting drier, reaching spring with fuel-laden forests and making forest management difficult. A scenario increasingly prone to fire generation and its rapid spread. We must be prepared to face what is to come.