Total products:
Do you have a discount coupon?
Total payment
Confirm order
Continue buying
15 days to exchange or return your purchase after the delivery
Your transaction is secure. We use the latest technology to protect your security and maintain your privacy.
Log In
Forgot your password?
o
Create an account 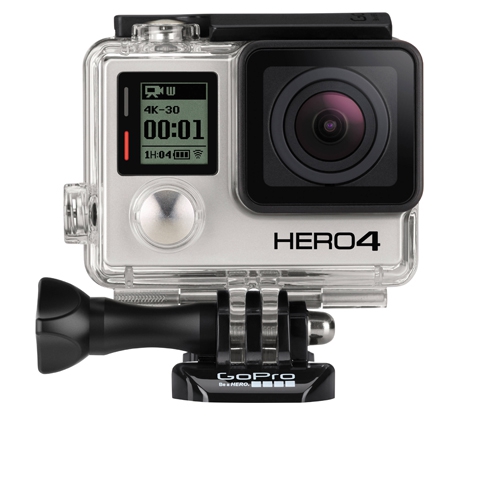 HERO4 Black takes GoPro performance to the next level with the best image quality yet, plus a 2x more powerful processor1 that delivers super slow motion at 240 frames per second.

With 12MP Burst photos at a blistering 30 frames per second, HERO4 Black helps you capture the moments you dont want to miss. Capture single photos, or choose Time Lapse mode to shoot photos automatically at set time intervals from 0.5 to 60 secondsgreat for gear-mounted shots when the shutter button is out of reach.

HERO4 Black features built-in Wi-Fi and Bluetooth, allowing you to connect to the GoPro App, Smart Remote2 and more. The GoPro App transforms your phone or tablet into a live video remote for your camera, offering full control of all functions and settings, easy shot preview and playback, plus sharing via text, email, Facebook and more. The Smart Remote allows you to control multiple GoPro cameras from distances of up to 600 (180m).